The United States Is a Big Target for Cyber Attacks on the Energy Grid and the reports that came out of the recent 2018 Cybersecurity Summit held at the Washington Post Live Center on Oct. 2, 2018, are terrifying. Every small business owner needs to seriously consider what would happen to their business if the energy grid goes down.

The War Has Already Started

Arthur H. House, who is Connecticut’s chief officer for cybersecurity risk said that the state of Connecticut is already under attack. Connecticut utility companies experience more than a million daily probes of their operating systems from unauthorized users that include hostile, foreign attackers. These probes are the ones that were detected and deterred. It is not known what amount of probes go undetected. What is known is the number of daily attacks is exponentially increasing.

Expert Opinions are all Doom and Gloom 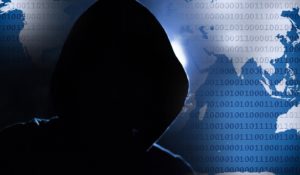 U.S. Homeland Security Secretary, Kirstjen Nielsen, referred to the Russian hacking efforts as preparing the battlefield for a major attack. Karen Evans, who is in charge of energy security and emergency response at the U.S. Energy Department, said that our electrical grid and energy infrastructure are the primary targets for hostile cyber attacks. General Petraeus former CENTCOM commander and director of the CIA said that if an extremist group obtains the ability to attack and shut down a major portion of the American energy grid and keep it down; this is the equivalent of being hit with a weapon of mass destruction.

With a natural disaster such as a major hurricane, there is a limit to how long the event lasts. With a cyber attack on the energy infrastructure, the attacks may continue and return multiple times. They may begin in one part of the country and spread across the rest of it.

American small business owners need to plan for the worst-case scenarios that do not solely rely on your local power grid. Sentree Systems helps clients with data protection by storing critical system-backups off-site and in multiple redundant locations, which increases your chances of a faster and complete restoration. Alternative energy systems, such as solar panels that work with enough batteries for power storage can also help lower these risks. Consult with Sentree Systems to make a plan for what you are going to do if the grid goes down. 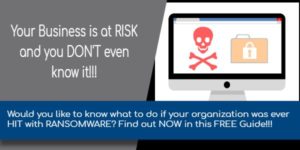 Cybercrime Research: For the Greater Good, or Marketing?

Top 6 Things to Do if You Get Hit With Ransomware!!!