Facebook and Google Were Victims of 100 Million-Dollar Phishing Scam

We have been reporting on this massive Cyberheist for a while now, but Fortune Magazine decided to unleash their investigative reporters and find out exactly who those two mysterious high-tech companies were that got snookered for a whopping 100 million dollars.

It is excellent ammo to send to C-level executives to illustrate the urgent need to train employees so they can recognize red flags related to spear phishing. 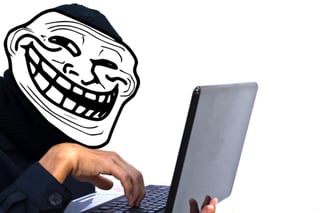 Here is how the Fortune story starts:

“When the Justice Department announced the arrest last month of a man who allegedly swindled more than $100 million from two U.S. tech giants, the news came wrapped in a mystery. The agency didn’t say who was robbed, and nor did it identify the Asian supplier the crook impersonated to pull off the scheme.

The mystery is now unraveled. A Fortune investigation, which involved interviews with sources close to law enforcement and other figures, has unearthed the identities of the three unnamed companies plus other details of the case.

The criminal case shows how scams involving email phishing and fake suppliers can victimize even the most sophisticated, tech-savvy corporations. But the crime also raises questions about why the companies have so far kept
silent and whether—as a former head of the Securities and Exchange Commission observes—it triggers an obligation to tell investors about what happened.

In 2013, a 40-something Lithuanian named Evaldas Rimasauskas allegedly hatched an elaborate scheme to defraud U.S. tech companies. According to the Justice Department, he forged email addresses, invoices, and corporate stamps in
order to impersonate a large Asian-based manufacturer with whom the tech firms regularly did business. The point was to trick companies into paying for computer supplies.

The scheme worked. Over a two-year span, the corporate imposter convinced accounting departments at the two tech companies to make transfers worth tens of millions of dollars. By the time the firms figured out what was going on, Rimasauskas had coaxed out over $100 million in payments, which he promptly stashed in bank accounts across Eastern Europe.”

Thank you for Downloading:

Top 6 Things to Do if You get hit With Ransomware!!

Your Guide is on it's way!!